Our work strives to enhance our sense of surroundings, identity and relationship to others and the physical spaces we inhabit, whether feral or human-made.

Designing a house is an experience in immersion and connection. Happy House is the result of a close relationship between the client, the Guanacaste landscape, and a true gem of a site.
Located on Finca Panamá, on the outskirts of the town of Tamarindo, the plot of land dominates the valley that is protected by the mountains. The plot is completely oriented toward the valley and a strip of sea, and its position reminds one of the amphitheaters of antiquity; an invitation to the contemplation of time and space on a stage of continuous movement.
The logic that pertains to the house is simple: two separate areas united under a large butterfly roof, and a floor plan that represents the symbol for infinity as a metaphor for the insatiable contemplation of the landscape.
The attention to the spatial division between the social and intimate areas is a constant in our creative process, a way of maintaining integrity in each space.
The project is positioned on the vergeof the view, leaving a strip of land on the backside, where it has been proposed that a tropical garden be laid out, as a transition for the visual spectacle.
Starting from the access to the terrain the house is characterized by its intimate feel and for the permeability and extension that unfold from the inside out; the view imbeds itself in each space as a frame from the landscape.
With its monochromatic color scheme, Happy House is characterized by a variety of grey and white tonalities that contrast with the landscape. They offer a neutral accent to the environment in Guanacaste which exists in a constant transformation of vivid and luminous colors. The living room’s neutral logic is contrasted only by the reddish furniture from the wood harvested in the area. The rooms present a gamut of pastel colors representative of its location.
The house is conceived with a double roof to reinforce the logic of the two areas and because of the insulating properties that are afforded by limiting solar radiation and ventilating the intermediate space.
With a minimalist style that contrasts with the forces of nature, Happy House positions itself on the Guanacaste heights, offering its guests a unique experience of connection and contemplation. 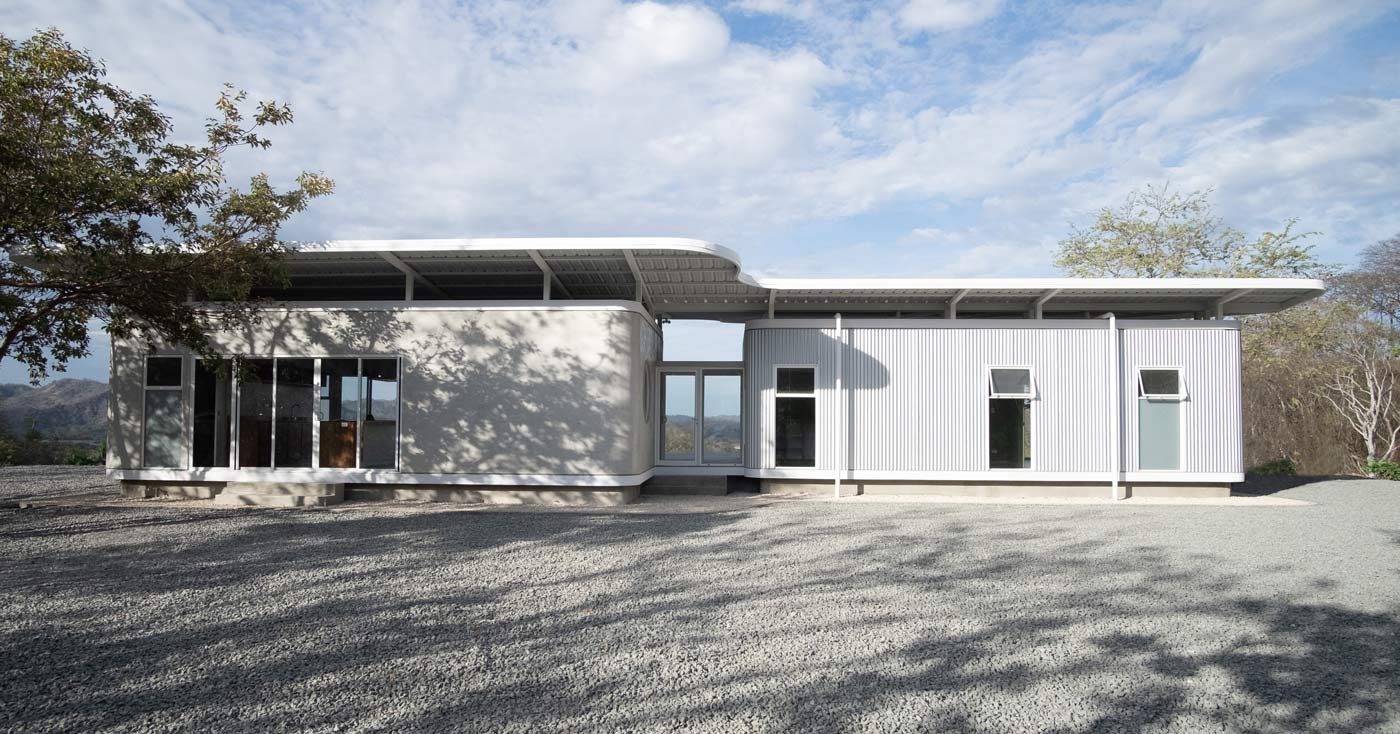 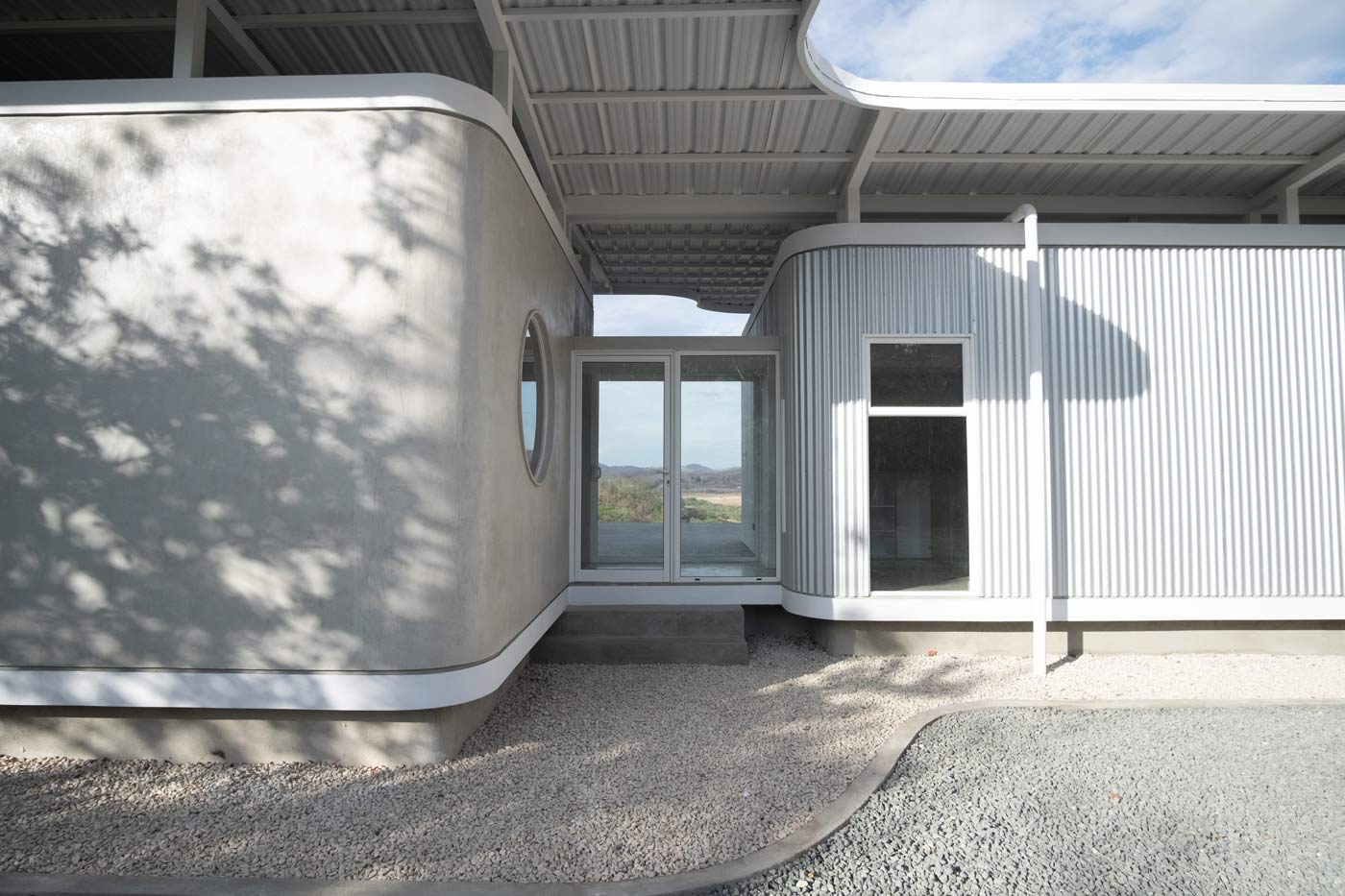 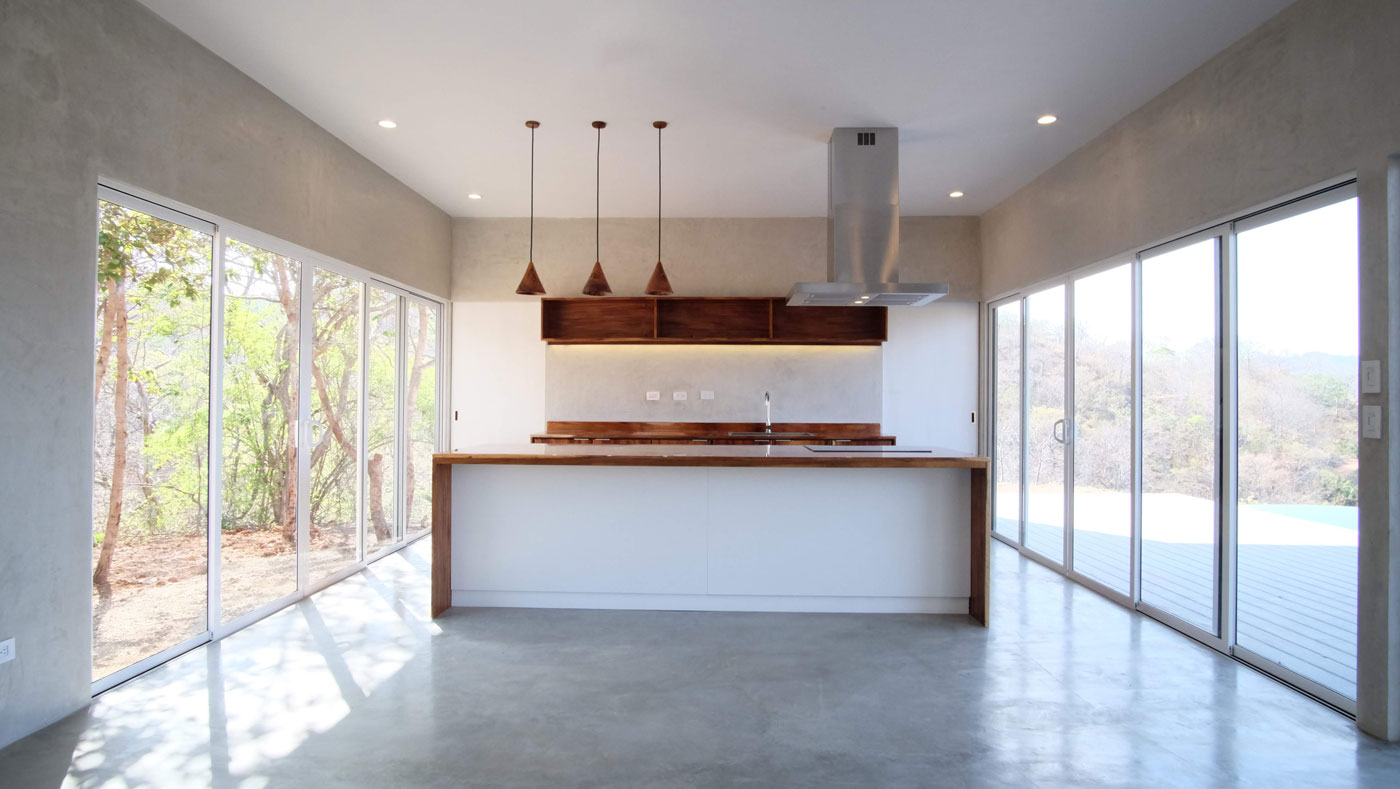 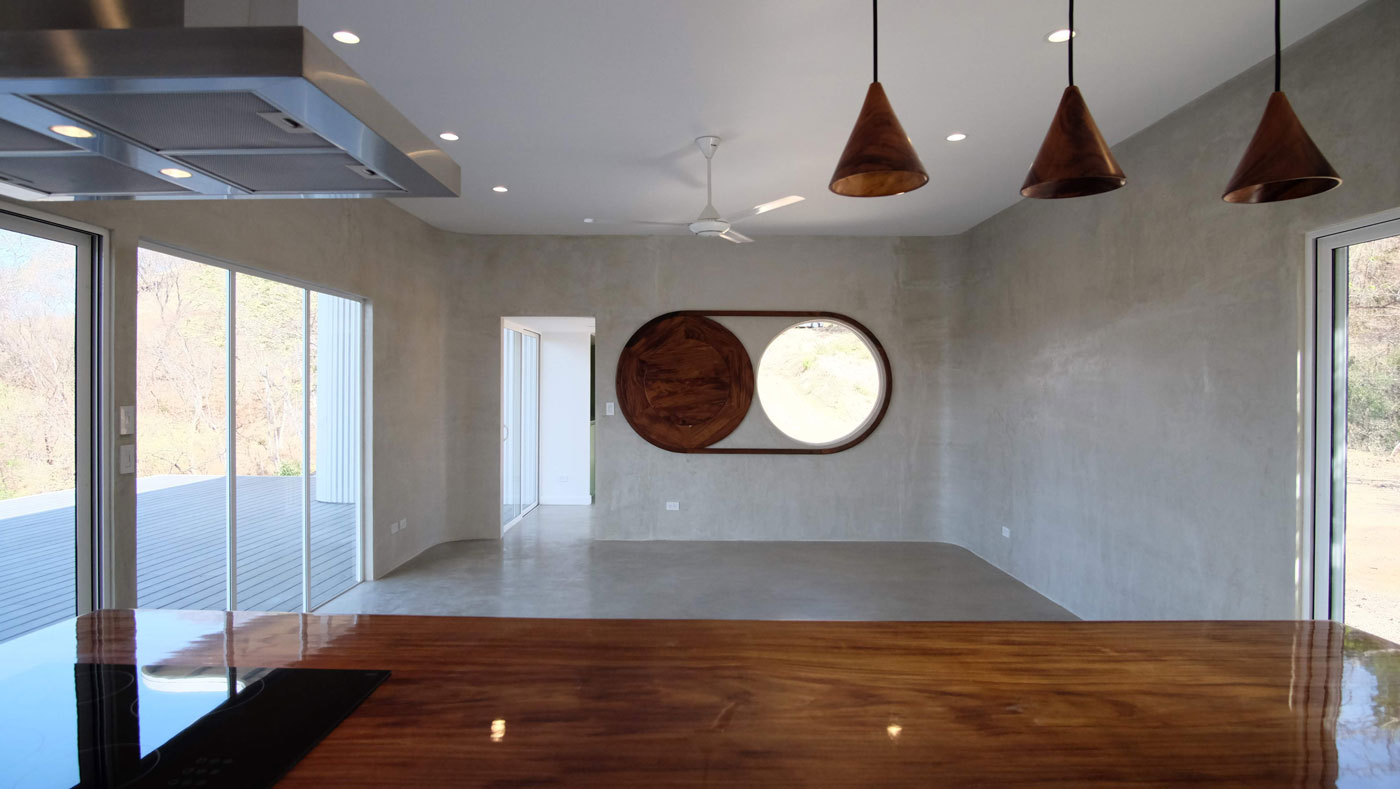 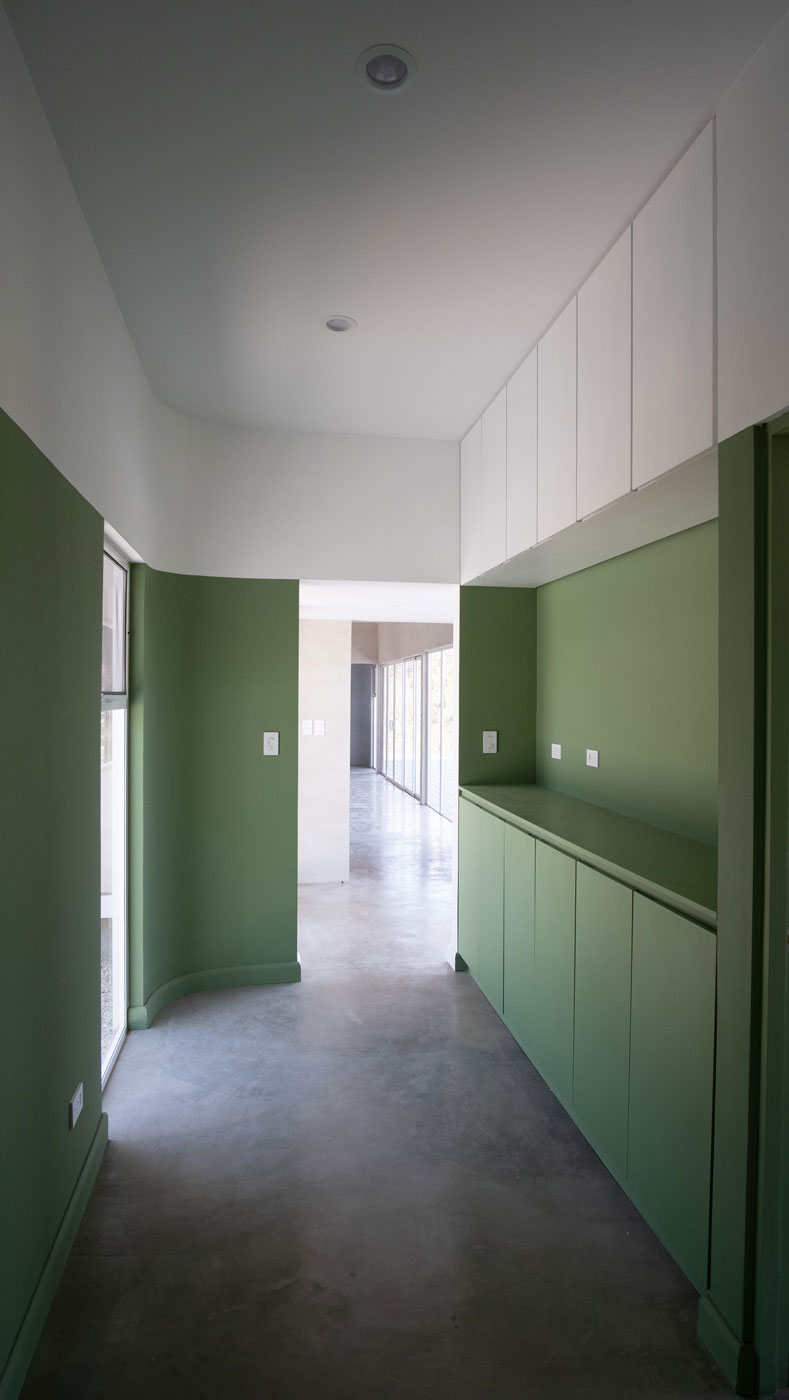 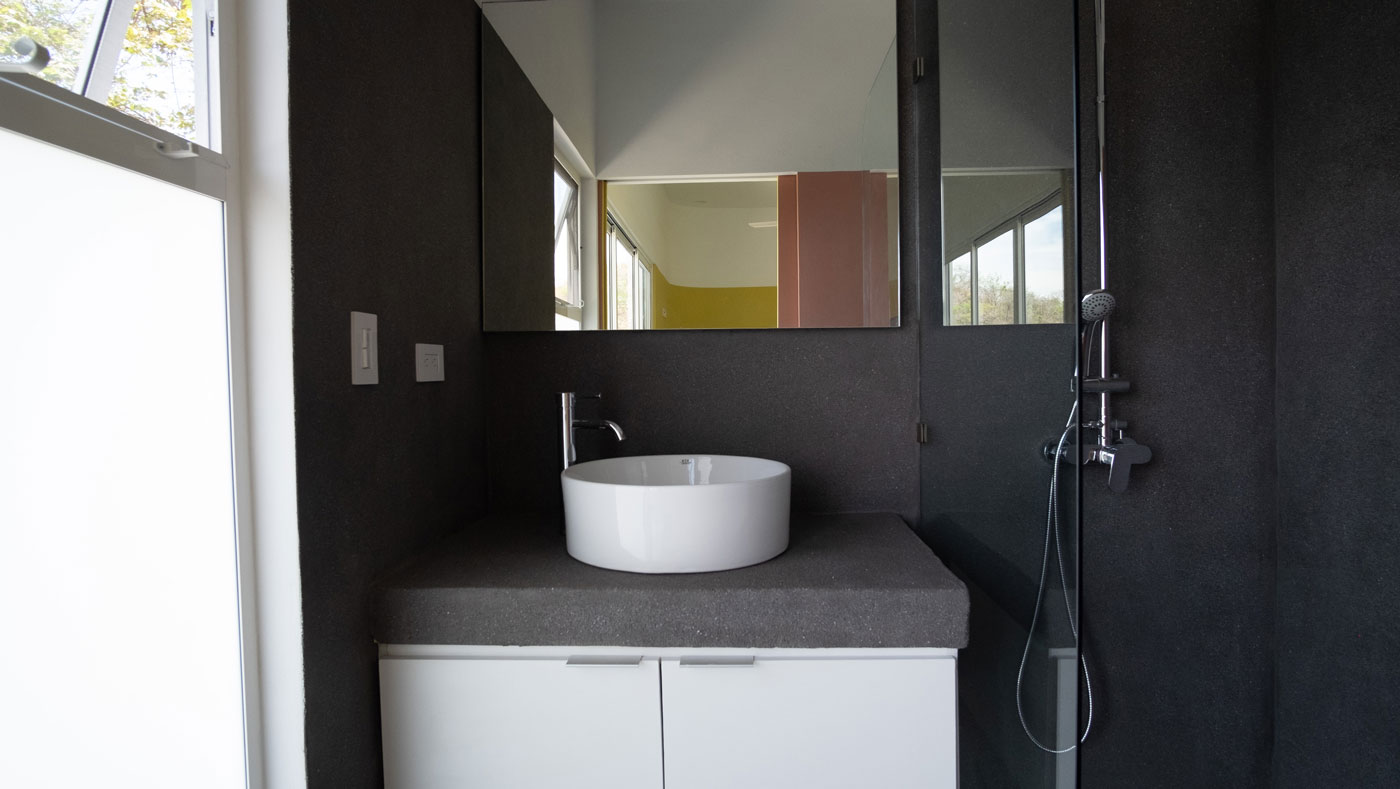